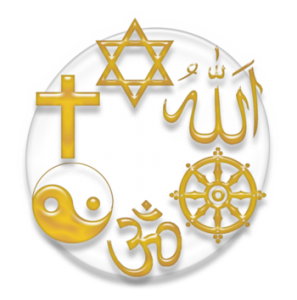 Why do some Tao cultivators say that I-Kuan Tao is not a religion?

One can certainly practice I-Kuan Tao as a religion if one wishes, and many people do, but this is not an absolute requirement. The advanced cultivation of I-Kuan Tao is a way of life that transcends the religious practice. The authentic teaching is “dao fei jiao” — meaning the Tao is not a religion. The Tao is the source of all things, including all religions, so it is more than any religious institution.

In that perspective, I-Kuan Tao is simply a path that one can travel to approach the source of divine spirituality. It does not claim to be the only path or a “superior” path to the source — but if you feel an affinity for the Tao, then it may be the right path for you.

The followers of I-Kuan Tao worships various gods. Would that not be a religious practice?

Those who practice I-Kuan Tao as a religion worship deities in similar ways as followers of other faiths.

Those who practice I-Kuan Tao as a way of life have a slightly different perspective. They go back to the original meaning of the Chinese character bai, which is often mistranslated as “to worship,” but actually means “to venerate” or “to revere.” To them, the various deities are powerful symbols of human virtues, and they pay respects to the ones representing virtues they would like to cultivate in themselves. This is essentially an associative conditioning process to transform one’s spiritual state.

Why is vegetarianism a requirement for I-Kuan Tao followers?

Actually, for most followers of I-Kuan Tao, vegetarianism is a recommendation, not a requirement. It is recommended not only for its health benefits, but also because it is a meaningful gesture of compassion toward animals. It is not required because the Tao has no interest in forcing anyone to do anything.

However, vegetarianism is a requirement if you wish to set up a I-Kuan Tao shrine in your home. This is because the owner of such a shrine serves as an example to others by making a commitment that many may not be willing to make. Those who are not ready for such duties can always set up their own altars or sacred spaces without going through the temple.

The majority of vegetarian restaurants in Taiwan are owned by the vegetarian members of I-Kuan Tao. They have elevated the art of vegetarian cuisine to a level that must be experienced to be believed.

What are the five religions often mentioned in I-Kuan Tao?

To beginning Tao cultivators, they are Buddhism, Taoism, Confucianism, Christianity and Islam. They see the term as a literal list.

Advanced Tao cultivators recognize the fallacy in trying to assign five specific religions to the expression. The ancient Chinese arbitrarily put the “five” label on many things – five sounds, five flavors, five colors, etc. They did this despite the fact that such definite categorization was not always appropriate or correct. For instance, most people recognize more than five colors in the rainbow. Also, mixing the three primary colors produce three additional colors for a total of six. No matter how we look at it, we have to conclude that “five” should mean a multitude rather than literally the number five.

Thus, when we see “five religions,” our understanding should be that it means all the significant spiritual or philosophical traditions that have the potential to uplift and inspire people. In that sense, the expression also includes Hinduism, Judaism, and many other paths, not just the narrow five of the beginner’s understanding.

One stated purpose of I-Kuan Tao is “to cultivate one’s true-self by utilizing untruths.” Shouldn’t the word “untruths” really be “truths”?

This is an imperfect translation of a well-known saying in I-Kuan Tao, which literally says “borrow the unreal to cultivate the real.” What it actually means is that we make use of the material world to cultivate the soul.

Put the above together, and you have a clear yet concise statement that explains our purpose in taking on physical existence.

What is Dah-Torng? I also see Dah Tong and “The World of Da Tong.” What does it mean, and what is the correct spelling?

All of the above that you may have seen in various I-Kuan Tao web sites are erroneous renditions of the two original Chinese characters. The first character is da. It means big or great. The second character is tong. It is pronounced with an “oh” sound instead of “ah” sound. It rhymes with “wrong” instead of “kong” or “bong”. It means together or togetherness.

The two together can be written as datong, da tong, or Da Tong. There’s no “Torng” in Chinese. It got written that way because the first person to attempt translation did not understand Chinese romanization and made up that spelling. Others that followed also had poor understanding of romanization, so they kept repeating the first mistake, thinking it must be some sort of standard set by an expert.

Regardless of how it is romanized, da tong is not a specialized term that has to be rendered phonetically. It can be translated very accurately as “great unity.” Thus, “The World of Da Tong” is simply “The World of Great Unity.” It refers to an ideal utopia where people live together in harmony and everyone is looked after. This was first described by Confucius, so “Great Unity” has become known as a Confucian concept.

The Chinese translators who used “Da Tong” instead of “Great Unity” did so for the simple reason that they did not have enough knowledge to do the translation properly. Remember, the language barrier affects both sides equally. Justs as we may think the Chinese language is difficult, they feel the same way about English.

Do I-Kuan Tao members have scriptures or books other than TTC?

One of the central ideas in I-Kuan Tao is that the Tao is not a religion. The Tao is the driving force behind all things — including all religions. There is definitely something that compels so many people to delve into Christianity or Islam or Buddhism or other religious practices; we can call that something the way (the Tao) of humanity.

This being the case, someone who is aligned with the Tao would feel quite comfortable in studying scriptures and books from any and all spiritual traditions. So while there is such a thing as a Taoist canon in religious Taoism, there isn’t in I-Kuan Tao. Or, you can say that the I-Kuan Tao canon covers all books that are sincere attempts to approach the divine. In the mindset of the Tao, there is no “us versus them” or distinctions in terms of “these are mine, those are yours.”

Thus, most I-Kuan Tao practitioners study from a wide variety of sources, but since they are mostly Chinese, the books they choose to study tend to be from Chinese culture. Other than TTC, many also study Chuang Tzu, I Ching, the Analects, the Heart Sutra, the Diamond Sutra, the Platform Sutra of the Sixth Patriarch, etc. Some also study the Christian Bible. I haven’t heard of anyone studying the Koran, but that’s because historically Islam has not been as influential on the Chinese as Christianity. There would certainly be nothing to stop anyone who takes an interest on the subject.

Is there any literature available on I-Kuan Tao?

At the present time, there isn’t much material available in English. Many web sites emphasize the religious practice while neglecting the aspects of I-Kuan Tao that transcend religion to encompass the totality of life.

The best way to learn about I-Kuan Tao for now is to participate in temple activities, get to know the actual cultivators. If there are no temples nearby, then consider participating in the Sunday meetings via Internet audio conference. It is available to everyone free of charge.